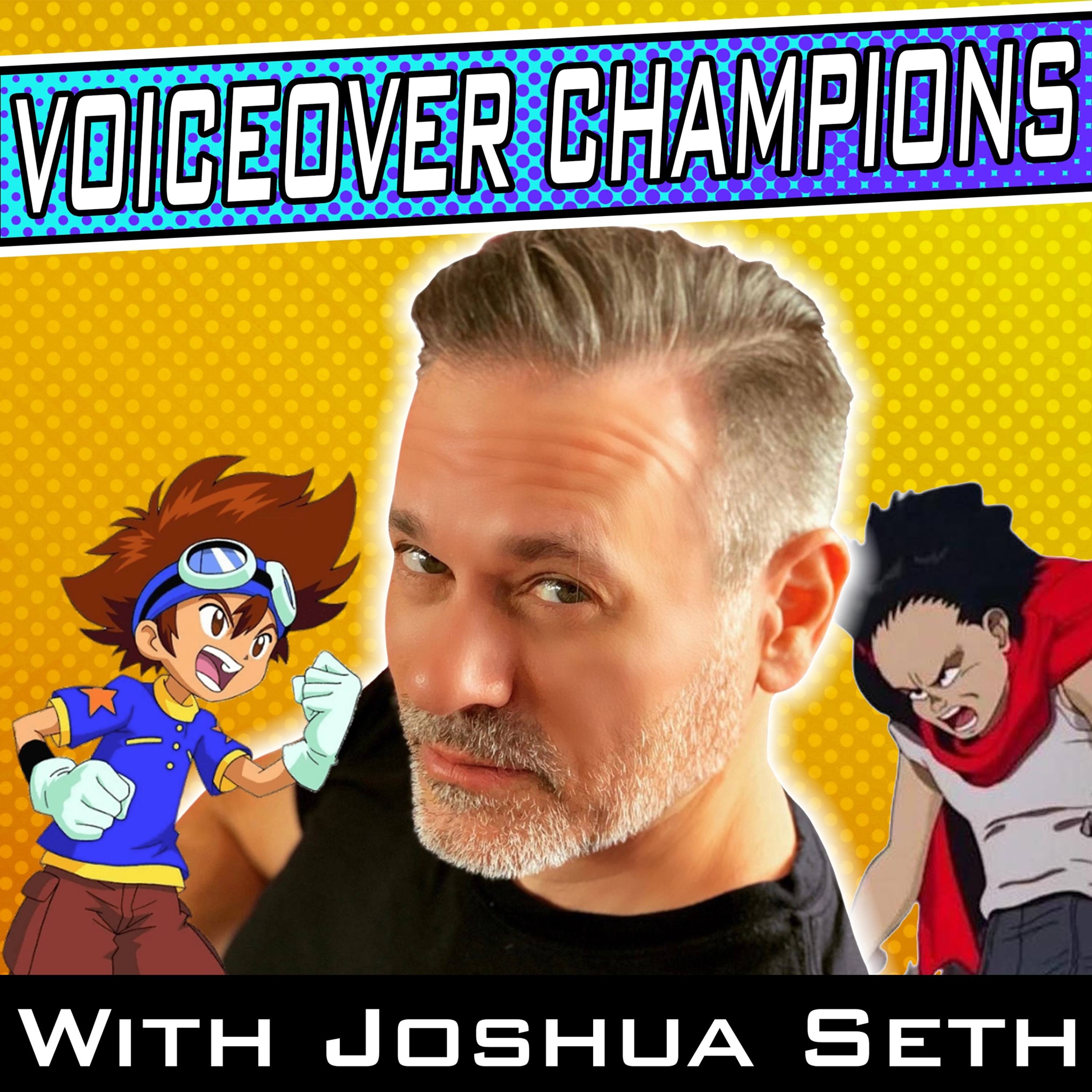 Do you want to get into voice acting, beat the odds, and become a Voiceover Champion? Then learn how the best voice actors in the business did it. Legendary voice actor Joshua Seth (Tai on Digimon and Tetsuo in Akira)...

Do you want to get into voice acting, beat the odds, and become a Voiceover Champion? Then learn how the best voice actors in the business did it. Legendary voice actor Joshua Seth (Tai on Digimon and Tetsuo in Akira) interviews the top talent in the industry to find out how they got started, what their secrets to success are, and what advice they have for people getting into voice overs now.

So whether you're a fan of voice actors or you want to do voiceovers yourself, this is the show that will give you stories, insights, and information you can't find anywhere else. Listen and find out how to become a Voiceover Champion.

Take care of your voice and it'll take care of you. So here are seven tips you can use to improve your vocal health. Anyone can benefit from following this advice, but especially if you use your voice professionally...
View Episode

Voice actors Jamieson Price, Beau Billingslea, and Stephanie Sheh discuss diversity in the voiceover industry: how it was when we started, what's changed, and how we can make it more equitable for everyone. SHOW...
View Episode

Alyson Leigh Rosenfeld is best known as the voice of Nurse Joy, Bonnie, and Sophocles on Pokémon, Rio on Yu-Gi-Oh!, Aina Ardebit from PROMARE, Strawberry Shortcake, and Polly Pocket. She was also just nominated for a...
View Episode

Today on the show, voice actor Dorothy Fahn (the voice of Mercedes and Rinea in Fire Emblem, Konan in Naruto, Kie Kamado in Demon Slayer, Meryl in Trigun, Ms. Bustier in Miraculous Ladybug, and Tai's mom in Digimon)...
View Episode

05: How To Have A Great Speaking Voice

Ever wonder how some people seem to just have great speaking voices that other people want to listen to? Well guess what, you can have that too. Because great voices aren’t born that way, they’re trained. In this...
View Episode

Jeff Nimoy is an Emmy-award winning director, writer, producer, and voice actor best known for his work on the hit anime series Digimon, Trigun, Bleach, and Naruto. In this episode, Jeff shares his secret to getting...
View Episode

03: How To Sound More Interesting When You Speak

Want to speak with influence, communicate with confidence, and sound like a better version of you?Then Train Your Voice In 30 Days 🚀
View Episode

Today's guest is Brennan Mejia. Brennan is an acrobat turned actor - you could say he’s an actor-bat! He’s best known for playing the Red Ranger in Power Rangers Dino Charge. Currently he can be seen on the series...
View Episode

This episode's guest is Stephanie Nadolny. Stephanie's an American vocalist, songwriter, and voice actress with over 30 years of voice acting experience. She's most well known for her English dubbing role as the child...
View Episode

ORIGIN STORY It was the early 2000s and I should've been on top of the world. After years of hard work and struggle, I'd finally reached the top of the voiceover industry.  Starring in everything from Digimon to Akira...
View Episode