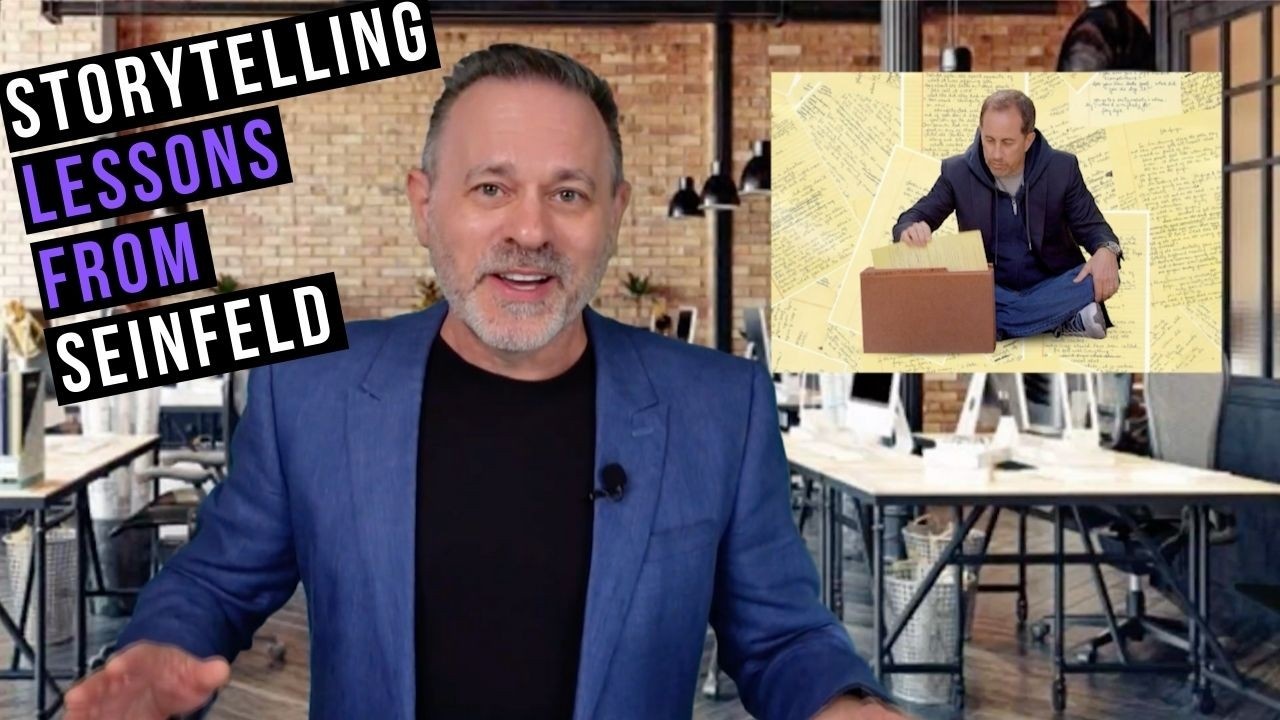 We can learn a lot from these storytelling lessons from Seinfeld. If you're a speaker, a writer, a leader, or a sales professional then stories are the key to capturing (and holding) the attention of your audience. In this video, I'll show you how you can use Seinfeld's system for developing and keeping track of the stories from your own life so you can share them with others in your presentations.

Jerry Seinfeld is arguably one of the most successful comedians in history. Certainly the richest. Poised to become the first billionaire comedian. Let's see what he can teach us about storytelling right now.

Hi, I'm Joshua Seth keynote speaker on communication and presentation skills. And today I'd like to talk a little bit about Jerry Seinfeld and what he can teach us about storytelling.

I just finished listening to the audiobook of Seinfeld's best selling New York Times book “Is this anything?” I like to listen to the audiobook to hear it told in the author's voice. Of course it’s much funnier that way when it comes to comedy.

Now, whether or not you happen to think that Seinfeld is funny, he is successful. There was a moment in the Netflix documentary “Jerry before Seinfeld”, where he's sitting on the street. I think it was the street where he grew up in New York. And he's surrounded by notes from legal pads, yellow legal pads spread out all around him on the street. These were obviously copies but these were the notes from every joke that he's written throughout his career for 40 years. Amazingly, they all fit in an accordion folder.

It really stuck with me. It was the most mind blowing moment of that documentary. To me anyway, because I've written three books. I've written stage shows and multiple speeches and I'm a writer, like it or not, and I don't particularly like it. It's a lot of work to write. You have to be wired a certain way to actually want to write. I’ve heard from many writers that they don't particularly enjoy the process. They love the result of the process, looking back and seeing what has been written, but the process of writing I personally find it difficult. It’s it’s a discipline to write every day, as that's necessary if you want to be a writer.

Anyhow, what does this have to do with you? Giving speeches and presentations. Communicating better.

Well, stories are the best way to take up space in the brain of your listener. Stories are so much more effective than just conveying information alone. They become stickier, they grab hold of your consciousness when put into the form of a story.

And what are jokes but little stories, stories in miniature? Kind of like poems actually, because when you see them laid out on these yellow note pages that Seinfeld has, in that scene, you see, like what little gems they are. Just wordsmithed perfectly to the point where he can't add or take away or change even a single word and get the same level of effectiveness when told to an audience.

Beyond that, it's the sculpting the fine tuning, the refining, the telling and the retelling of it that really helps it to take form and become all that it can be in the mind of the listener.

So don't stop with the first writing of your remarks. Rewrite, as Seinfeld’s done for years. And then secondly, catalogue what you've written, keep track of it, don't lose it.

In terms of storytelling, we all have stories, we all have anecdotes, we all have observations that we make on a daily basis. But how many of us keep track of them? Because stories happen to us all the time. But they go in one ear and out the other. We notice something, maybe we say it on the phone or in a text or an email, and then it's gone.

This part I have done pretty well because over the years. I’ve kept it in my iPhone here. Notes. In the Notes app. I’ll show you exactly what I do here. It's not as organized as Seinfeld but you know, I'm not a billionaire. Maybe that's one of the reasons.

So here under lists, one of the lists is called Jokes. Not all of these jokes are refined in joke structure style, but they’re anecdotes, they’re observations, short form stories, and they're in my jokes list. All of them, going back over a decade, before my kids were born.

And then I've got another list for stories. A story list. Now the stories that occur when you're out and about in the world in line at the grocery store, at an airport, or about to go give a presentation - when things happen to you, those are stories or at least they can become stories. Jot them down very quickly. I jot them down and then I expand on them.

My preferred way to expand on them is in Evernote because it's very easy to keep track of searchable notes in Evernote. I used to do it in a document, a stories document, but that way is not searchable. It’s very difficult to drill down and find exactly what you're looking for if you do it that way. But if you do it in something like Evernote, where you can search throughout all of the notes very effortlessly, I find that's a great way to elaborate on the little mental triggers, the reminders that you give yourself in something like the notes or lists app.

Another great technique for keeping track of the stories that occur to you throughout your daily life is by using the Voice Memo app in your phone. It's free. It comes on every smartphone. You can just grab your phone and say “Hey, funny thing happened to me on the way to the Forum today.” Badda bing, badda boom, and you've got the premise or an outline perhaps for a story.

Later on, sit down, write that story out, elaborate on it, Tell it, retell it, see how you can accentuate the reactions to your story and then rewrite and rewrite and rewrite. And before long you will have intellectual property storytelling assets that are unique to you and that you can catalog and keep track of. These are very valuable.

Right in the very first chapter of “Is This Anything”, Seinfeld says that other comedians find it strange that he has actually kept track of all the notes from jokes that he's ever written throughout his 40 year career. He remarks that he thinks it's strange that he's saved anything else. Because what could be more valuable than the stories that you write down? And, and then tell to others.

It’s as simple as that. Keeping track of the stories as they occur you throughout your life and having a system in which you can elaborate on that and refer back to them when needed. This can elevate your presentations from the mundane retelling of facts and information to something that really captures the imagination of your audience.

I think we would all do well to follow Seinfeld's example and start keeping track of our stories right now, today, so that over time we have those stories to tell to others. 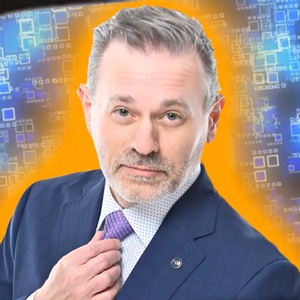